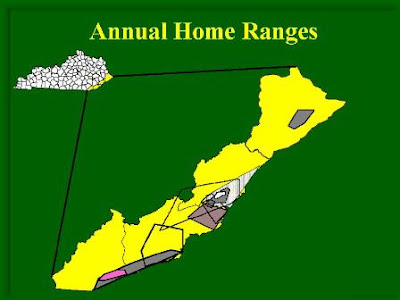 Wow, I'm shocked that the bear season will be open Sunday the 20th. The limit of bears was not killed today. I'm not sure how many bear were killed b/c the telecheck results won't be posted until Sunday morning. Update to come.

Apparently, people are saying the snow storm has shut down many roads in Eastern Kentucky this morning and a lot of people couldn't even hunt.
Posted by GMo at 7:47 PM